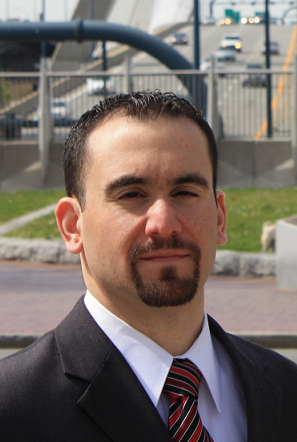 JOSHUA N. GARICK is one of the most aggressive and well-respected litigators in the greater Boston area. Drawing from his experiences at some of the region’s largest and most prominent law firms including the renowned civil litigation firm Todd & Weld, LLP and the leading insurance defense firm Morrison Mahoney, LLP – Mr. Garick is a highly successful attorney and esteemed legal mind. His bold approach to litigation has helped his clients resolve their legal disputes favorably, and in a cost-efficient and expedient manner.

Mr. Garick was nominated by his peers and named a New England Super Lawyers Rising Star, an honor bestowed on no more than 2.5% of the lawyers in Massachusetts. Most of Mr. Garick’s cases are referred to him by current and former clients and colleagues – a true testament to his superior reputation in the greater Boston legal community.

Mr. Garick’s first priority is to provide the highest quality legal representation to all of his clients. He recognizes that all cases are not the same, and the appropriate litigation strategy may be guided more by business or personal concerns rather than available legal rights and remedies. Mr. Garick works with his clients to determine the best course of action and approaches each case pragmatically to resolve the matter in his clients’ best interests. Mr. Garick is known for innovation and thinking outside the box. When an amicable resolution cannot be reached, Mr. Garick will aggressively and diligently fight for your interests through trial and, when necessary, on appeal.

Cost is also a key component of a successful conclusion to litigation. Mr. Garick pays close attention to these considerations and keeps his clients apprised of costs throughout the course of his representation. He has flourished by competing with litigation law firms large and small, while charging only a fraction of the cost.

Mr. Garick has a diverse litigation background and broad experience representing clients in the Massachusetts federal and state trial courts, in mediation and arbitration, and before state agencies. He has also practiced before several appellate courts including the Supreme Judicial Court of Massachusetts, the Appeals Court and the Appellate Division of the District Court. His cases bring him to courts in and around Boston, as well as Suffolk, Middlesex, Essex, Norfolk, Worcester, Nantucket, Plymouth, Bristol, Berkshire, Hampden, Hampshire, Dukes, Franklin and Barnstable Counties.

Mr. Garick was born and raised on the North Shore. He received his Bachelor of Science degree, majoring in Industrial and Labor Relations, at Cornell University in Ithaca, New York. He attended Suffolk University Law School in Boston where he graduated cum laude and with distinction for his exemplary completion of the civil litigation concentration program. While there, Mr. Garick was a member of the Moot Court Honor Board, a production editor for the Suffolk Journal of Trial & Appellate Advocacy, and a student practioner in the landlord/tenant legal clinic. He is licensed to practice in the Commonwealth of Massachusetts, including the United States District Court for the District of Massachusetts and the United States Court of Appeals for the First Circuit. His broad experience has allowed him to practice temporarily in other jurisdictions including Florida, Minnesota, New Hampshire, New York, and Pennsylvania.